Agile Scrum: what does it mean?

In a previous blog I wrote about Agile working. But what does ‘Agile Scrum’ actually mean?

The scrum in rugby

In rugby, scrum stands for a restart after a foul. All players then stand together in a circle, with teammates bracing themselves against the opponent with their arms over each other’s shoulders. That’s called a scrum. As soon as the rugby ball is thrown into the circle, the game can start again.

The term Scrum is also widely used as the name of an agile method for organizing projects. To make it clear that this is a scrum way for agile working instead of rugby. That is why the term agile is often added: agile scrum.

People are always looking for methods and techniques to deliver products and services faster and more efficiently than the competition. Then you are at an advantage. It’s ‘survival of the fittest’: Darwin to the fullest!

That is why all kinds of adaptive project management methods have been devised over time, on the basis of which you can adjust more easily and faster during the project so that the result matches the changing needs of your customer even better.

One of those methods is Scrum. The major advantage of Scrum is that it can be used for many types of projects due to its generic nature. This makes it more popular than more specific agile methods.

The term Scrum as a way of organizing work first surfaced in the 1980s in an article by business scientists Hirotaka Takeuchi and Ikujiro Nonaka, “The New New Product Development Game” in the Harvard Business Review of 1986[1]. .

The business scientists conducted worldwide research into the mutual differences in the effectiveness of companies. They found that small, self-organizing teams that are in close contact with the customer delivered better results in shorter cycles – i.e. faster – than less agile teams.

The analogy of standing shoulder to shoulder during a set game in rugby appealed to Takeuchi and Nonaka, which is why they named working in self-organizing teams as Scrum.

Years later, the American IT specialists and entrepreneurs Jeff Sutherland and Ken Schwaber picked up on this Scrum principle, put it into practice and developed ‘Scrum’ and told about their experiences at a developers conference in 1995. From that moment on, Scrum gained more and more ground, first within ICT, later also within many other disciplines.

What is the difference between Agile and Scrum?

A frequently asked question. Agile is not a method, but a philosophy, a vision. A vision that started in 2001 as ‘Agile Manifesto for Software Development’. This was supplemented and explained in 2005 with the ‘Declaration of Interdependence’.

To put Agile working into practice, you can choose from many methods. Including Scrum, which of course also endorses the four basic values ​​of Agile. Fruit is to apple the way Agile is to Scrum.

The principles of Scrum

The ‘elevator pitch’ of Scrum is: ‘achieving the highest value in the shortest possible time’. The focus is on six principles:
Empirical process control: instead of detailed planning at the front of the project, Scrum planning runs during the project itself and is based on empiricism: the intermediate results achieved in practice.
Self-organization: in an Agile Scrum project, the Scrum teams organize themselves. The Scrum Master is only there to guide and Bye bye command-and-control type of leadership.
Collaboration: in Scrum, a strong focus is placed on collaboration with all ‘stakeholders’, according to the adage: together you create the end result. Instead of just throwing wishes over the wall and waiting to see what the project team comes up with. Prioritization by value: to deliver the highest value in the shortest possible time, a Scrum project relies heavily on prioritizing p value. The higher the expected added value of a component, the higher the priority for that partial result of the project.
Time-boxed: many meetings within Scrum are time-boxed. This means that it is known in advance how long a certain meeting may last. This provides structure, overview and promotes that meetings do not last longer than absolutely necessary.
Iterative development: within a Scrum project, the delivery of products and services is iterative, ie step by step. This makes it possible to assess a product or service during the project and make adjustments if necessary.

There are three roles in Scrum. These roles have no hierarchy among themselves.

There is, however, a clear division between who does what.

5 Phases, four of which are recursive.

There are five successive phases in Scrum. At first glance, these stages look very much like a classic waterfall project:

So far no details. But: appearances are deceiving.

Because after the completion of that first initiative phase, you go through the other four phases, in repetition, over and over in a cycle. Until the end product – whether that is a service or a tangible product – is ready.

Each of these cycles is called a sprint within Scrum.

Within Scrum, each part of the project is prioritized in advance based on value. A product that adds more value is given a higher priority and will therefore be dealt with sooner.

In that process, the power of Agile Scrum is the repeating pattern of the sprints.

Because as a result, partial products are already finished during the current project. So you can deliver it faster and that means a faster delivery of value. And the knife also cuts both ways. Because the experiences with the interim delivered partial products are also used to make the product even better in subsequent phases. As a result, the product matches the wishes of the customer even better.

Take, for example, the banking apps of ING and ABN-AMRO. In the beginning, customers could only view their bank balance. Nowadays such an app can do everything. As a consumer, you have your entire bank online with you. All that extra functionality has been added, bit by bit, over time.

That means a constant addition of value over the years. Due to the smooth introduction at the time, you as a consumer were able to use the app a long time ago. At that time, just checking your balance online was already of great value. By closely monitoring user experiences over time and responding to new needs, developers have been able to deal with changing user needs.

Is Agile Scrum a method or a framework?

Scrum is certainly not as methodical as, for example, PRINCE II (PRojects IN Controlled Environments) and therefore feels much more like a framework that you as an organization can draw from as needed.

Is Agile Scrum the most convenient organizational method in all cases?

No, certainly not in all cases. Scrum is an important consideration for companies and organizations that provide products or services in competitive markets and want to survive or grow in their market by delivering the highest value in the shortest possible time.

But if it concerns, for example, the production of products or services with a long life cycle at the lowest possible price, then the process optimization of, among others, Lean is a better choice. Scrum can make the difference in terms of market retention and market share. The theory behind working according to Agile Scrum is easy. A successful practical implementation, certainly in organizations that have existed for some time, is a different story and more unruly.

More about that in a later blog.

The Future of Agile Scrum

Just like the Agile philosophy, Agile working according to Scrum is indispensable. More and more organizations are therefore switching. It started with companies that started using Scrum because of the stiff competition in their markets. Many customers and suppliers are now also deciding to use Scrum. For example, the national government also uses Scrum at all kinds of levels.

The Scrum framework is evolving along with it. Derivatives of Scrum now exist for large organizations that want to organize themselves according to Scrum. Such as SaFE, Less, the Spotify model, etc., new updates are added regularly.

The bottom line, however, always remains: delivering the highest value in the shortest possible time!

Agile is a philosophy. To actually work Agile, there are many and diverse methods and frameworks.

One of those methods is Scrum. Scrum is popular because you use it for many

can use different disciplines.

The pitch of Scrum is: delivering the highest value in the shortest time.

Scrum does this by: prioritizing the value that a (sub) product delivers and by delivering (sub) products to the customer during the project.

Scrum is the method for companies and organizations that want to survive or grow in a highly dynamic market.

Harvard Business Review, the new new product development game: https://hbr.org/1986/01/the-new-new-product-development-game
Agile Manifesto: https://agilemanifesto.org/
Would you like to learn more about Scrum? Then consider one of our certifying courses to e.g. Scrum Master or Scrum Product Owner.

Are you looking for which Scrum role suits you best? Then take this short quiz. 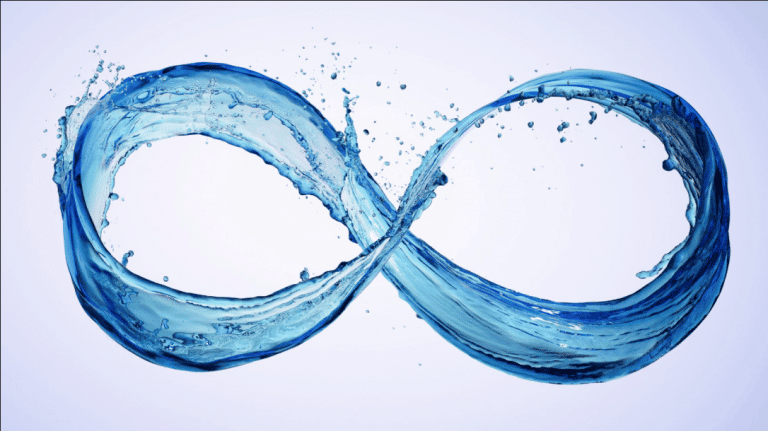 Agile working: what is it actually? 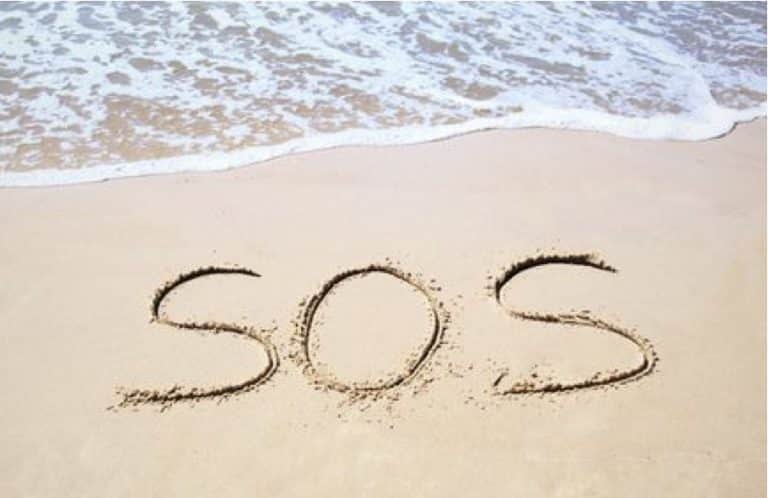 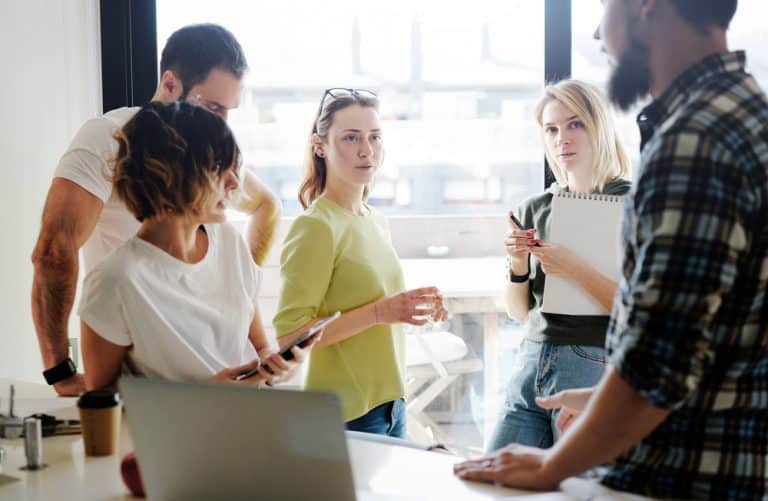 The tips for a quick start as a Scrum Product Owner